Interesting US Presidential Election Odds for 2020 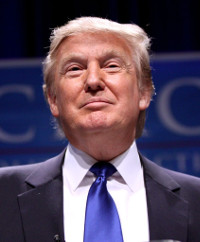 The American public is still reeling to an extent from the shock of the 2016 election and it can be hard to look ahead, three years into the future. However, anyone with more than a passing interest in political betting will already be sizing up the options for 2020.

Markets are already open for the next US President and there are plenty of alternative bets for anyone looking for an early punt.

When you consider all of the controversy that has been produced since he was elected at the end of 2016, it may surprise some to see the name of Donald Trump at the head of the markets. The trend for a second term is strong but has the current incumbent done enough to justify his best price of 11/4 with Paddy Power to win in 2017?

Interestingly, Paddy have a best price of 5/4 on Trump to be impeached within his first term so that’s perhaps at odds with the suggestion that he should be the market favourite.

Behind the leader is the current Vice President Mike Pence who is at a best of 12/1 with BetFred while Elizabeth Warren is available at that same top price of 12/1 with William Hill and Coral. Warren is widely tipped to take the Democrat nomination for 2020 and would therefore be the direct competitor to Trump, assuming he lasts the full four years and is ready to battle for a second term.

Warren’s competition for that nomination could come from Kamala Harris who is on offer at best odds of 20/1 with Coral while Paddy Power are quoting that same 20/1 next to the name of Bernie Sanders. Those would appear to be the main contenders and beyond that list, the names start to get a little more obscure.

The bookies have started to look beyond ‘career politicians’ and to those who might follow the indirect lead of Trump to become the most powerful person in the world. Therefore, from those outside options we have the founder of Facebook Mark Zuckerberg who is on offer at a top price of 25/1 with Ladbrokes and BetFred.

Former first lady Michelle Obama is also in the chasing pack at that same figure of 25/1 with BetFred. In both cases, there have been calls for those two to stand in 2020 but there have been no firm suggestions that either Zuckerberg or Obama have any inclination to do so.

The same applies for some of the more outlandish suggestions and as you might expect, the majority of these arise from Paddy Power. If you really want to take a bet on Boris Johnson then feel free – Paddy have 300/1 next to the name of the current British Foreign Secretary. Or why not take a flutter on Kim Kardashian who is being listed by the same bookmaker at 275/1?

These are the more obscure bets where you really would be wasting your money. Interestingly however, there are a number of ‘celebrities’ enjoying the type of mid range price that has also been levelled at Mark Zuckerberg and Michelle Obama. 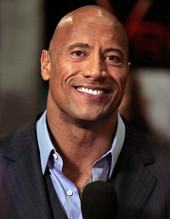 Clearly the bookies are split on some of these prices but there is a consensus that the next US President may well come from the world of entertainment.

Along with the range of candidates for the 2020 election, you can take a number of bets that relate to the Presidency of Donald Trump. We’ve already mentioned that impeachment price of 5/4 with Paddy Power while the same bookmaker has a number of interesting alternatives.

At Paddy you can also get Even Money on Trump to resign during his first term of his own volition – in this instance there would be no impeachment involved. Trump to serve a second term is at 3/1 so strangely that option gives you slightly better value than the 11/4 in the bookmaker’s 2020 winner market.

From there, things start to get a little more bizarre with bets available on what Trump will actually ban during his first term in office. These range from shorter prices such as Gay Marriage at 6/1 and then build to Women’s Voting Rights at 300/1 or Stairs (!) at 500/1.

You could also speculate on the current US President to confirm that alien lifeforms exist and Paddy Power will return odds of 20/1 if you are successful. Alternatively, Trump to open Area 51 to the public during his first term is on offer with the same bookie at 33/1.

It’s worth looking at Paddy’s Trump Specials page and in among all the nonsense are some options to take a reasonable profit such as the market on who will become the next Chair of the Federal Reserve. Here, Kevin Warsh leads the way at odds of 7/5.

So, there are lots of options in terms of the 2020 Presidential Election and on US Politics in particular. These are incredible times on the world’s political stage and a number of bookmakers have given good prices for anyone looking to get involved with an ante post punt.