The Shortest & Longest Horse Races in the World

There are many famous horse races around the world, from the Kentucky Derby to the Cheltenham Gold Cup, with many different distances covered. But do you know which races are the shortest and longest in the world?

The shortest race ever took place Louisiana Downs in the USA back in February 2016. This race was almost over before it started as it only covered a distance of 1/2 furlong (100 metres) and took less than 8 seconds. This short but sweet contest was won by a horse called Chita Deniebe who claimed the $1,890 prize fund.

In Nebraska, racecourses have dwindled but some stayed open to show simulcast racing from other tracks. However, to keep their doors open, they have to host at least one live race themselves each year. As a result, the Lincoln Racecourse runs a 1-furlong race with just three horses each year. In 2014, one of the horses, called Husker Ridge refused to accept the race was over, ditched their jockey, and was later found more than a mile away from the track. 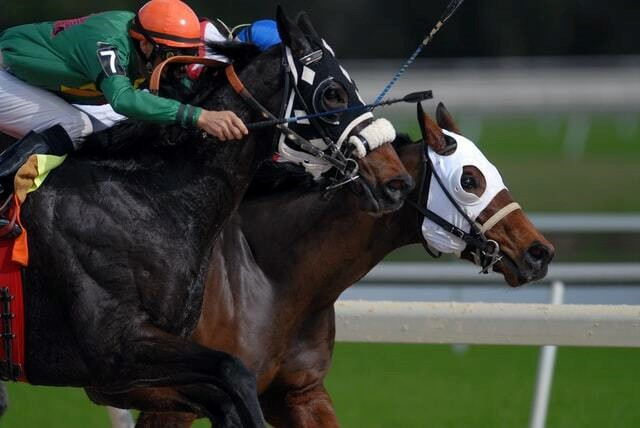 These mini races probably aren’t the ideal race for implementing your best horse betting prediction strategies, despite tools like Beth.bet having the technology to bet on several quickfire races at a time. Systems like this are perhaps better employed on longer races where the potential winnings are likely to be bigger. For example, the races we have discussed up to this point would not be permitted in the UK where races must be at least 5 furlongs in length.

There are several races run over this distance in England and Scotland but only two Group 1 races: the King’s Stand Stakes, run at Ascot in June, and the Nunthorpe Stakes, held at York in August. Even though these races are longer, they still take around a minute to finish. In fact, the fastest race over 5 furlongs is the Epsom Dash, held in June each year. Back in 2012, a horse called Stone of Folca completed the race in a time of 53.69s, breaking the 17-year old record of 53.86s set by Double Quick.

According to the Guinness Book of Records, the longest race featuring multiple horses is the Mongol Derby which covers a distance of 1000 kilometres. It has been raced annually since 2009 and attracts competitors from all over the world who often camp out with nomads along the way.

The oldest race of significant distance is California’s Tevis Cup which covers a distance of 100 miles and had been held annually since 1955. It is considered the founding event of modern endurance racing. The race sets off at 5:15 am in the morning, starting and finishing in Placer County but also crossing into El Dorado County. Participants who arrive at the finishing point in Auburn within the 24-hour time limit are each awarded a coveted silver buckle. In 2016, the race was won by an 18-year-old riding a horse she got free from Craigslist.

The longest track race in the UK is the world famous Grand National at Aintree which covers a distance of 4 miles 514 yards (6.907 km). It is run on the National Course at Aintree and features 30 fences (including 14 that are jumped twice). It is often described as “the ultimate test of horse and rider.”

These are just a few examples of the shortest and longest official horse races to have been held around the globe in recent times. If these have piqued your interest, watch out for this year’s events!