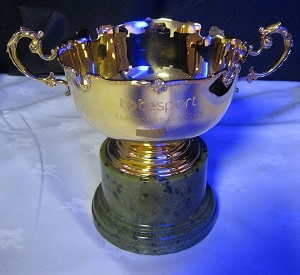 With some two months to go before the 2021 running of the Cheltenham Gold Cup, the betting markets are starting to take shape. The declaration is starting to be confirmed and this is a time when punters can consider an ante post bet with a little more certainty.

The race is almost certain to be held behind closed doors but will the absence of that great Cheltenham Roar have any effect on the following market prices on winning the Gold Cup?

A third Gold Cup win in succession for Al Boum Photo wouldn’t be an unprecedented event but it would certainly be a rare and remarkable feat. Having won from the front of the market last year, Willie Mullins’ horse won’t be concerned at leading the pack this time around at current best odds of 4/1 with Betway.

Like most of his counterparts, Al Boum Photo has enjoyed a quiet twelve months since completing the Gold Cup double twelve months ago but his opening outing in 2021 was an encouraging one. With Paul Townend on board, Al Boum Photo claimed the Savill’s New Year’s Day chase so the form is there and signs are looking good for three in a row. 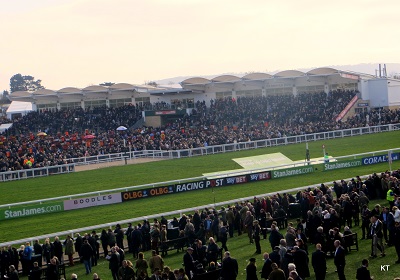 Prior to Al Boum Photo’s win on the opening day of 2021, the market had been much tighter but the favourite has now shortened considerably. That leaves Minella Indo to lead the chasing pack at 9/1 with Unibet, together with A Plus Tard who is quoted at 9/1 with 10Bet.

Reading other Gold Cup previews shows that there has been some interest in Minella Indo who has been placed inside the top three in ten out of eleven outings. The Henry de Bromhead trained horse won the Albert Bartlett Novice’s Hurdle at Cheltenham in 2019 and there is a feeling that the 8 year old is peaking nicely for the 2021 Gold Cup.

Another horse from the De Bromhead stable, A Plus Tard won at Leopardstown last time out and has four wins from ten outings overall.

Next up is Santini who is quoted at best industry odds of 10/1 with Unibet and SportNation. A relative veteran at nine years of age, this Nicky Henderson trained horse has a strong record at Cheltenham and was the runner up to Al Boum Photo at the 2020 Gold Cup.

Also in the chasers are Champ at 10/1 with GentingBet and RedZone plus Frodon at 14/1 with 888Sport and 10Bet.

The Cheltenham Gold Cup betting market now shows a gap to Kemboy at 20/1 with Unibet and 888Sport, followed by Delta Work at 25/1 with Betway and SportNation. Elsewhere, The Storyteller is quoted at 33/1 with 888Sport while Melon, Lostintranslation and Presenting Percy are also at 33/1 and all three can be claimed at that price with Unibet.

Beyond those prices, we’re looking at some fairly distant horses but there have been shocks in this event in the past. However, with Al Boum Photo making such a strong case for a ‘three-peat’ and the threat posed by top quality horses such as Santini and Minella Indo, we’re not expecting a long-range winner this time.